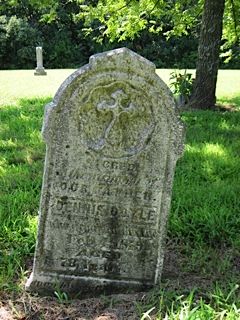 Before I have even finished my breakfast, I have a tummy ache. You may, too, after you digest what I am about to tell you. I learned that the Republicans are discussing gut wrenching additions to their platform—additions that violate one of the most sacred tenets of our Constitution: the division of church and state.

IDEA HAS VALIDITY; EXECUTION DOES NOT

According to the New York Times website, “The platform demands that lawmakers use religion as a guide when legislating, stipulating ‘that man-made law must be consistent with God-given natural rights.’” The platform “also encourages the teaching of the Bible in public schools because . . . a good understanding of its contents is “indispensable for the development of an educated citizenry” (http://www.nytimes.com/2016/07/13/us/politics/republican-convention-issues.html?_r=1).

How can such a lofty idea as making moral-based decisions be so fundamentally wrong for our country? It is not. The proposed execution of this idea is wrong.

Of course we want our leaders to make sound moral decisions. The problem comes with lawmakers using “religion as a guide when legislating” Whose religion? Let’s consider one scenario based on the assumption that I have two relatives in Congress. (I don’t.)

On the issue of declaring war, my Catholic relative would base her decision on the church’s Just War Doctrine, which says, according to the Catholic Answers website (http://www.catholic.com/documents/just-war-doctrine), that the “damage inflicted by the aggressor on the nation . . . must be lasting, grave, and certain.” Then if non-violent measures fail to resolve the conflict, declaring war is a just decision because there is a “time to kill” (Eccles. 3:3). She would vote to go to war.

My Church of the Brethren relative, however, was raised in a church whose members have been pacifists for the last 300 years. In fact, the Church of the Brethren website proclaims that it believes “that war or any participation in war is wrong and incompatible with the spirit, example, and teachings of Jesus Christ.” In fact, the website highlights that they bring “this message to Capitol Hill to be a witness to Christ’s peace in a place full of conflict” (http://www.brethren.org/peace/ ). He would vote against going to war.

We can’t divorce legislators from their religious beliefs, nor should we. In fact, the First Amendment to the Constitution guarantees that we all have the right to our religious beliefs. We, however, don’t want legislatures to base their decisions only on their religion. We want compassionate leaders who study a bill and look at it from all perspectives; who listen to their constituents but base their votes on their knowledge of complexities that perhaps some constituents haven’t considered; who vote to uphold their party’s platform when appropriate but have the courage to compromise when needed; and who vote to defend our God-given unalienable rights and our Constitution.

Unfortunately, if the Republican platform supports teaching the Bible in schools, it will not defend our Constitution; it will crush a segment of our Constitution’s foundation: freedom of religion.

Do you see a problem here?

Also consider the words of Matthew: “It is easier for a camel to go through the eye of a needle, than for a rich man to enter the kingdom of God” (19:24). The teacher who interprets this symbolically believes that wealthy people have demands, responsibilities, and temptations that make living a moral life very difficult. The teacher who reads this literally believes that the rich must unburden themselves of their possessions to go to heaven. This passage is so contested with different interpretations that doing a search for it yields 64,000 hits on Google.

Do you see a problem here?

JEFFERSON’S, THE OTHER FOUNDING FATHERS’, AND THE IMMIGRANTS’ VIEWS

I know that Thomas Jefferson would see a big problem here. He and the other founders established a country where each person can worship God in his or her own way without fear of persecution. Government does not have the right to promote one religion over another. Teaching the Bible in the public schools (other than the Bible as literature) would be teaching Christianity.

I also know that my Church of the Brethren relatives who immigrated from Germany to Pennsylvania in the 1700s to escape religious persecution and then fought in the Revolutionary War would see a major problem. My poor Irish Catholic relatives who immigrated to Kansas in the 1800s also would recognize a major problem. They left a country that was ravaged politically, socially, and economically by religious intolerance. Millions flocked to this country to have their religious rights protected.

Now, the Republican Party wants to reverse our freedom to religion as guaranteed by our Constitution. Really, Republican Party? Really? All I can imagine is that Thomas Jefferson, the other founding fathers, and my immigrant relatives must be tossing in their graves, calling out for a tincture to soothe their stomachs, sick with disbelief. They are dying all over again.  Eliminating the errors of using “religion as a guide when legislating” and “teaching the Bible in the public schools”  from the Republican Party’s platform can save them–and us. 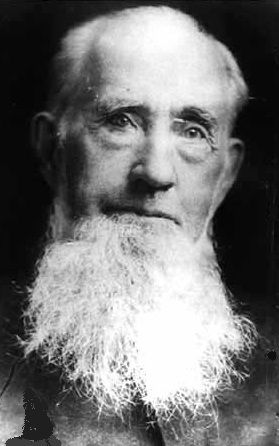 2 thoughts on “Killing Thomas Jefferson– and Us”