Liberty Monument on Gellért Hill at the site of the Citadella in Budapest.  Three statues there commemorate the Soviets freeing the Hungarians from Nazi control at the end of World War II. Later, the Hungarians learned that their Soviet savior had become their oppressor. Because of the Revolutions of 1989, the Soviets started leaving Hungary in 1990 and withdrew their last troops in 1991. This statue glorifies the Slaying of Evil across the decades.

The dragon invaded your lair.

Your savior can become your oppressor.

Fight the flames of racism, religious intolerance, and misogyny.

Raise your fist to injustice.

Knee intolerance to the ground.

God fights the good fight with the righteous.

Place her on a pedestal.

Crown her with a palm frond. 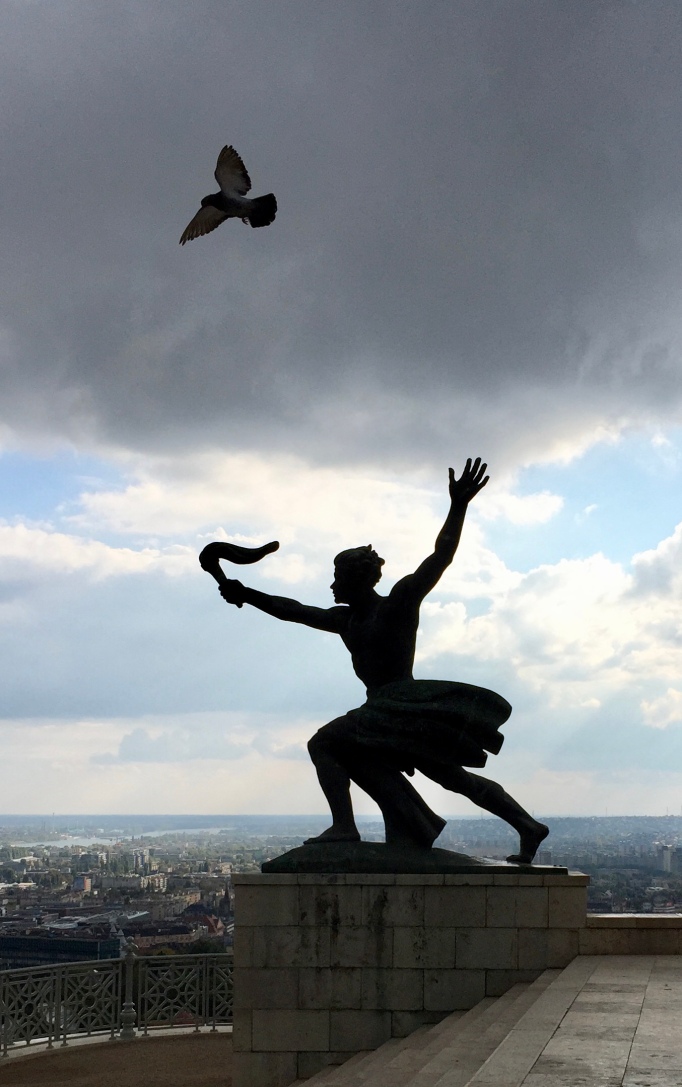 Liberty Monument:  This statue showcases the promise of Progress in a free Hungary.

Like the Phoenix rising from the blazes of bigotry

To soar through the conquering blue,

A new world will be born.

A world of Progress.

A world that lifts the torch of freedom for all.